“There are, of course, powerful economic reasons behind the trend. As sociologist Nan Lin puts it in his book, Social Capital, “Individuals engage in interactions and networking in order to produce profits.” These profits are based upon information, influence, social credentials, and recognition. The accumulated social capital, meanwhile, helps individuals to gain competitive advantages in the labor market as a result of privileged access to “resources” located on the social networks” – McKinsey, March 2009

Facebook
21.63% of Australians use Facebook, putting Australia at no 7 in the world in terms of users per capita. Females are more frequent users  than their male counterparts.  McKinsey argues that joining Facebook and social networks are motivated by economic reasons, and that is why job seekers will flock to social networks.

How to attract talent like the big guys
When it comes to attracting talent, most employers do not have the clout enjoyed by companies like Google and Apple. Here’s 10 steps on how to fight back to win talent. 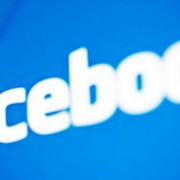 Thoughts for the week (via John Sumser)