Recruiters need to get creative and think back to the days before job boards and LinkedIn, as there are plenty of other ways to find great candidates and make an impression on them, says ASB Bank head of talent acquisition Matt Pontin.

In an informal session at last week’s RHUB New Zealand conference, Pontin asked participants to share their experiences of successfully recruiting outside their “comfortable” channels. A recruitment marketing specialist told the group about an assignment in which he helped a large recruitment company seeking to build a pipeline of construction labour following the Christchurch earthquake.

“They came to us with an outstanding idea… They said, ‘All the people we need are around building sites in Auckland. So we’d like you to help us pimp out a ute and put a barbeque on the back – sausages are free during smoko, as long as they send us a text with their details.’ “It was just bait, in a sense, to build that initial database. Jobs weren’t on the radar at first, but it was the start of a relationship.”

Pontin said in a previous role as a recruitment manager for a major Auckland health board, he was tasked with sourcing anaesthetic technicians, who turned out to be very difficult to find. He invited all of the organisations’ anaesthetists and anaesthetic technicians to a brainstorming session, and someone suggested recriting from the army, as a large proportion of army officers were trained to administer drugs.

“I never would have thought of that! And we hired people from it,” Pontin said. Another recruiter said she was one of the presenters at a quarterly workshop for new migrants to New Zealand who were interested in careers in IT. Many in the audience were students, she said, “but a lot of them are also really, really experienced people, and they’re just new to New Zealand”.

She said her presentation covered elements of New Zealand workplace culture that might be unfamiliar, what local employers expect, and tips on interviews and CVs. “Most of them send me their CVs afterwards, and I’ve probably placed two or three really good people in quite senior roles from it. There are some real gems.

“You give something but you get something back – the first person I placed moved on from that role, and is now a development manager and a client of ours.”

A recruiter who previously worked in Australia said he knew of a clever sourcing tactic from National Australia Bank. As part of its high-profile ‘Break-Up’ campaign in 2011, it sponsored new t-shirts for employees of the window-cleaning company that serviced the Commonwealth Bank’s head office in Sydney.

“Banks are exceptionally competitive over there… so NAB had guys abseiling down the side of the building with big NAB hashtags on their t-shirts.” 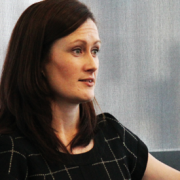 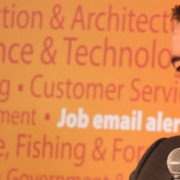 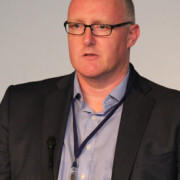 Agency recruiters should be more technologically savvy than clients: Expert

In-house recruiters "not as trusted as we should be"; agency roles changing